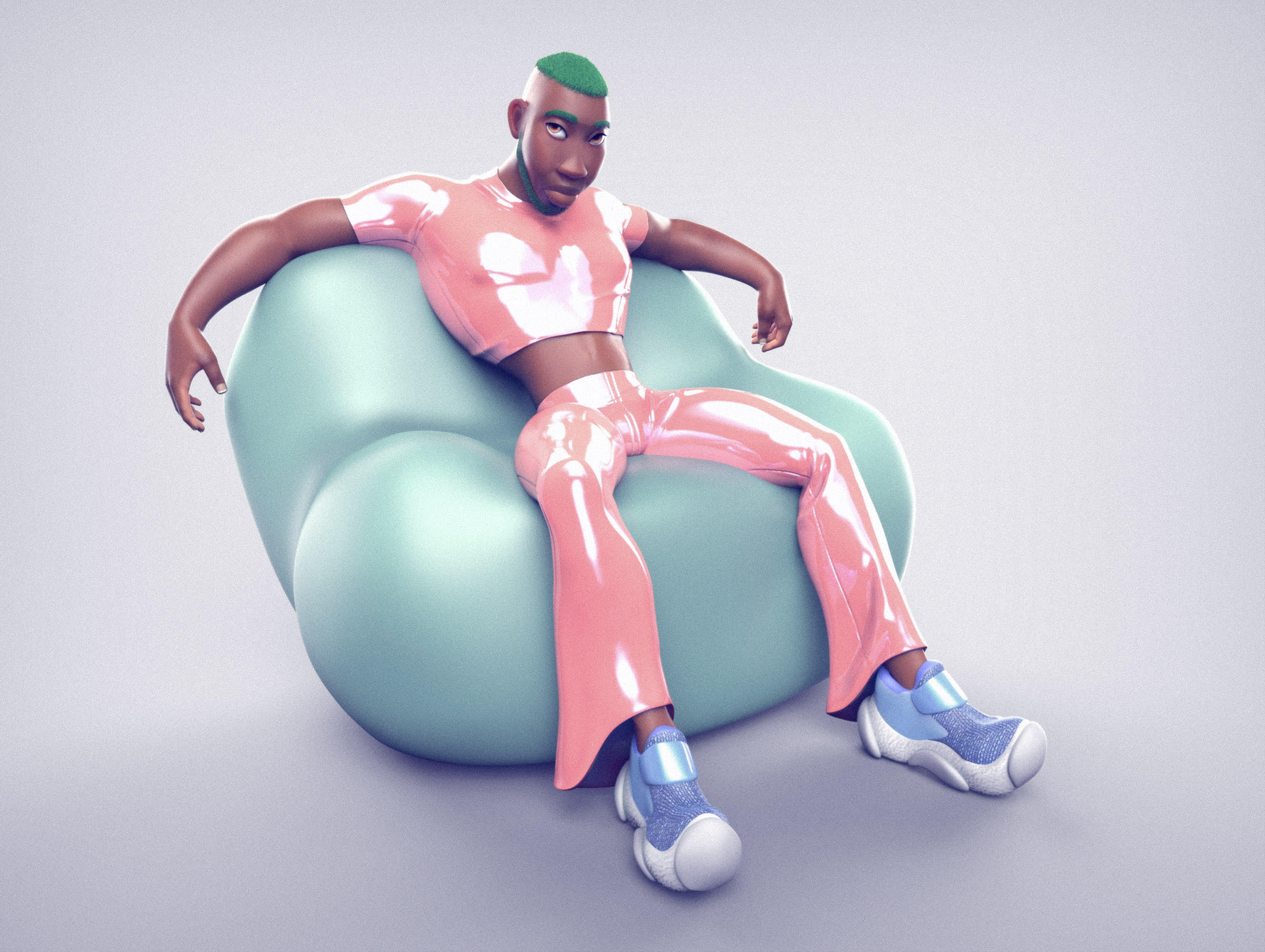 Can you tell me a bit about the work you make?

For my day job, I work as a character modeler, modeling characters for 3d animation, that ties in to what I do For my own personal work, modeling stylized characters - you can see a lot of them on my Instagram. And I also am moving into a new venture which is making art toys and figures using mold making and 3d printing.

The main themes of my work centre around sci-fi, futurism, portraiture… and realizing diverse characters that aren’t typically seen, I guess that kind of encapsulates what I do.

How did you get into what you’re doing now?

I’ve always, always been into creative work. When I was younger, I was adamant that I would be an artist. To me “artist” just encapsulated everything, and I could do whatever. Then it became more specific and I decided I wanted to be an architect, which then changed into a designer, And I went to school to study product design. That’s what entered me into the digital space and I ended up doing Graphic design for a number of years which somehow led me to what I do now.

Initially, my passion for comics and the Marvel universe got me into rendering images of Storm from the X-men (she’s my favourite Marvel character). I started modelling her because I didn’t see her represented in the way that I wanted to see her—It was kind of like a childhood fantasy that I wanted to fulfill. So, I was making images of her that I really liked in 3D. Then from that it kind of went on to other characters, and when I realized that I could do this thing, I kept doing it. And that just led me down this path of creating characters digitally, and I started posting on Instagram more frequently, and people were seeing my work and being really encouraging and leaving really positive comments and what not. Realizing I could do this as a job, eventually I applied for a role at an animation studio and I got it. That was my first studio job and the career part kind of just took over. I had no plan, no intention, it was literally just that I enjoyed doing this thing and—boom, boom, boom—it just happened. I’ve been working in animation now for about 4 years.

Were you at all taken a back when you realized that you could be paid for the kind of work you were making?

Yeah, honestly. Growing up in the way that I grew upand where I grew up, I didn’t connect the dots. I’d loved animation, I’d loved cartoons, I’d loved any kind of digital art, but I didn’t know that there was somebody behind the scenes getting paid to create all of it. So that’s one of my biggest things–trying to express that to other people like, “Hey, there’s this career that you can actually jump into and create your own version of whatever it is that you want to see.” Once I connected those dots, I was like, “This exists, cool, I’m going to do it”. Obviously being able to get paid for something that you thoroughly enjoy is the goal for most people, so the fact that I get to do that every day, perfect… 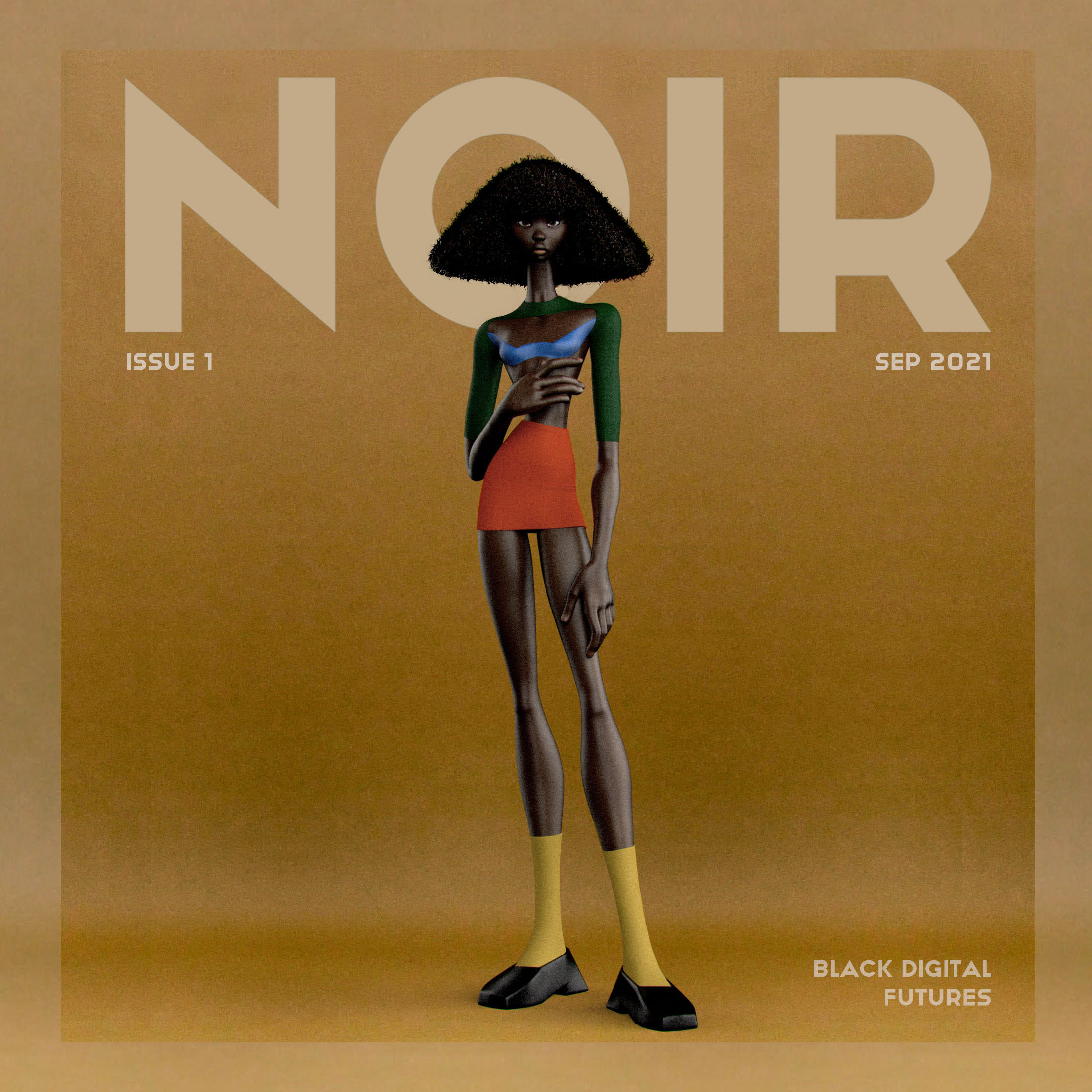 Tell me about your experience at art school.

I went to Central St. Martins, where I did a Bachelors Degree in Product Design. I actually don’t remember much about the experience, I did feel very isolated at the time because, number one, there wasn’t much diversity in terms of Black students, there were only three of us, and we made friends automatically obviously. But other than that, it was predominantly white students and international Asian students. So, a lot of the time I didn’t really connect with a lot of people in university, so it felt very isolating, but that was where I found a passion for digital creation, and yeah that’s where it started.

I really just come up with an idea or I have an idea in my head, and I jump straight on to the computer to start blocking it out. I don't do any preliminary sketches, I just kind of go with a base idea, and then it grows and develops over time. A lot of the time, the ideas take me a longtime to get to the final—each one changes from point one to point two, andpoint two to point three, etc.—each one really goes through so many different changes.

But it’s all digital.

Yeah, because I can’t draw (laughs). A lot of people don’t believe me when I say I can’t draw. Or should I say I don’t think I can draw very well, I think I can get better over time, but I actually find it easier to rough ideas out in 3d sometimes, than it is to do in 2D.

What motivates you to make your work? Where do you draw inspiration from?

‍ Its’ really that I am creating something that I don’t see enough of. So, it’s more out of a necessity than it is solely for a desire.

One of the best bits of advice that I got was “Be the change that you want to see,” so I was kind of just like “Okay, well, I’m going to create a character in kind of like a Pixar-esque world, but in a way that I would like to see them,” so that’s what drives me and motivates me. As long as I don’t see it, I’m like “Okay, I’m going to do it”. I love to realize things that are in my imagination. 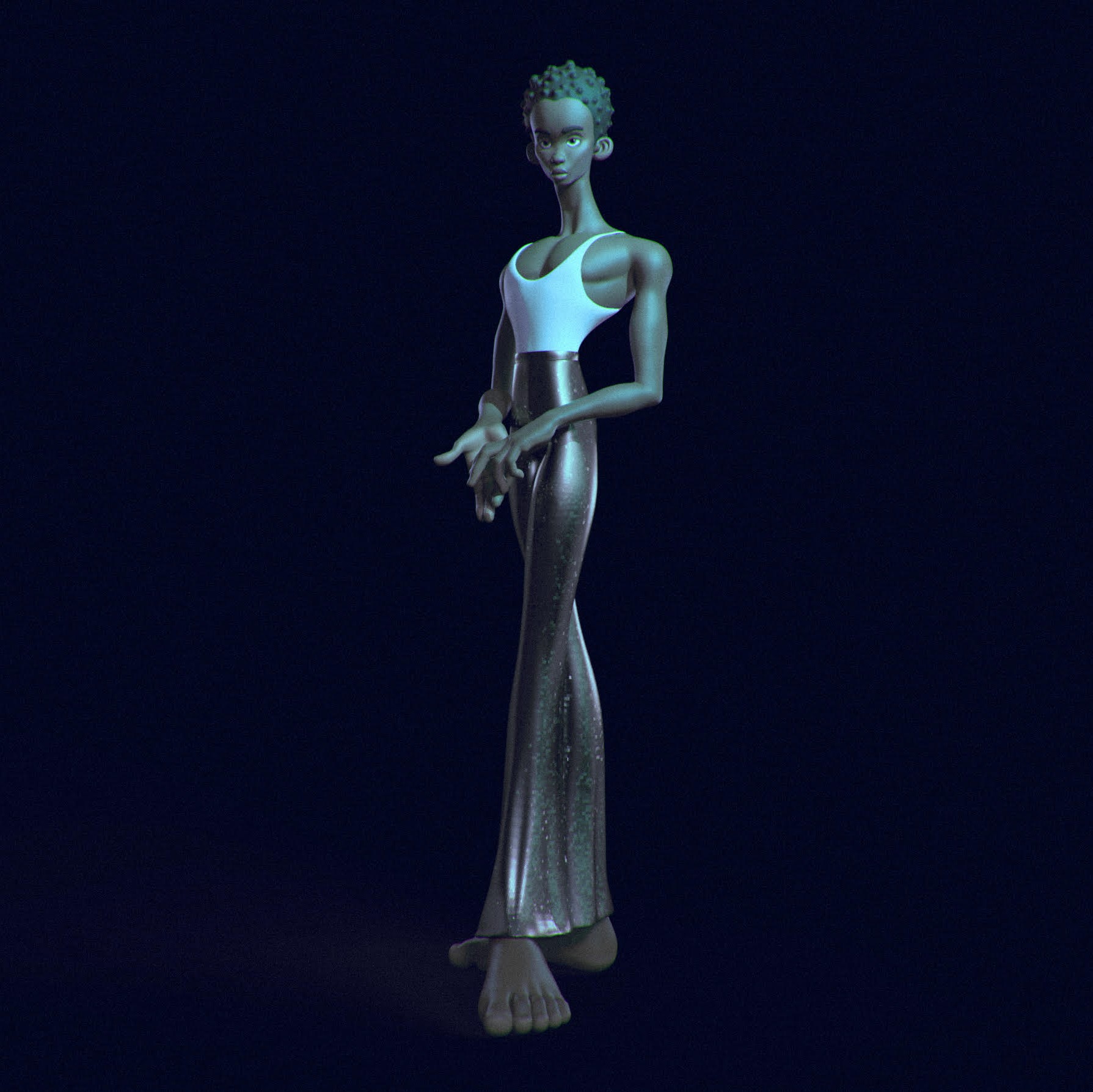 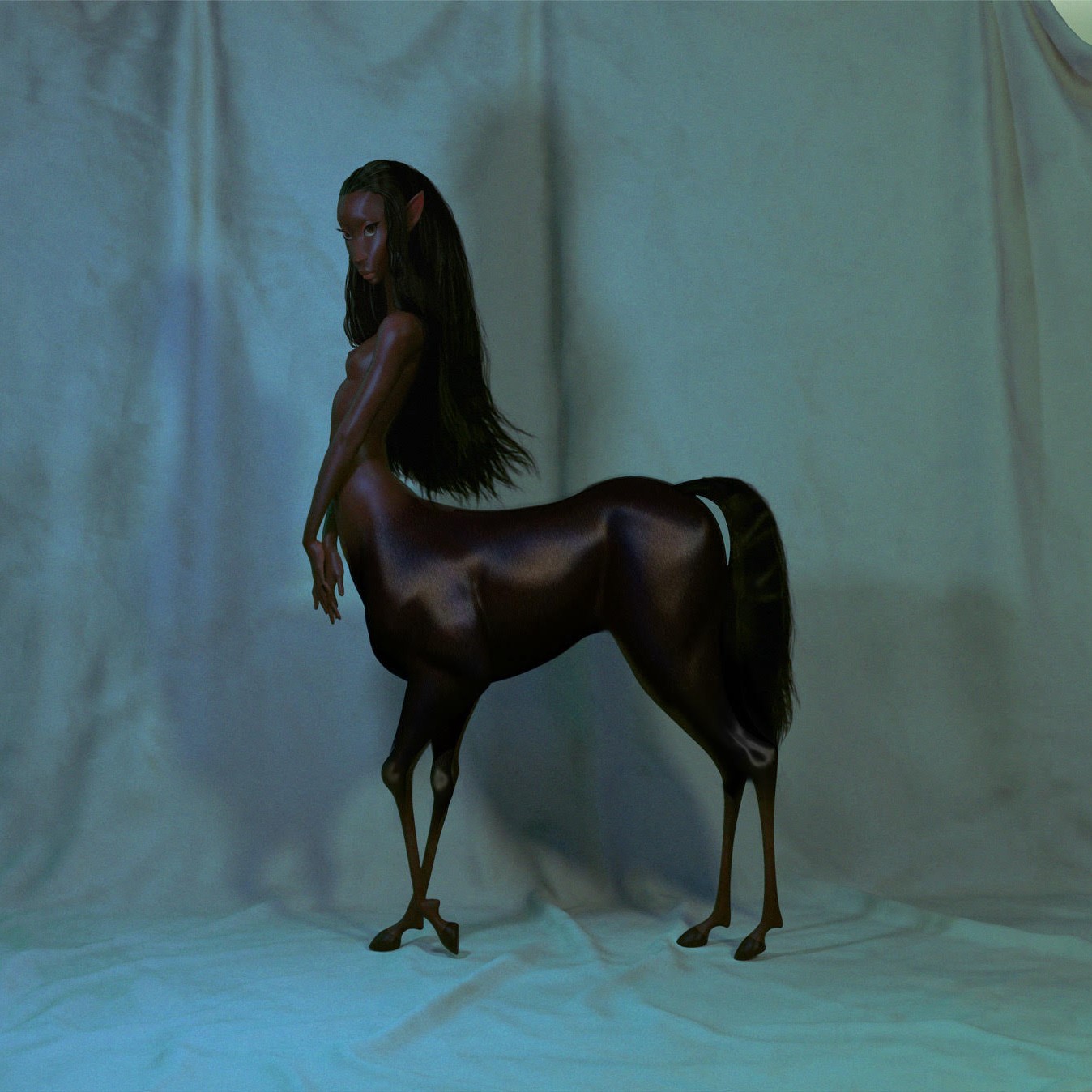 "I find that my best pieces come from really natural kind of influences - places that I didn’t expect."

Do you feel like animation has gotten more diverse or more progressive?

For sure. Some of the cartoons and animation that’s out now, I don’t think I would have ever dreamed of seeing them when I was a kid. Steven Universe is one that I can definitely reference in terms of how they pushed the needle, like super, super far. It’s such a cliché, but I think we still have a long way to go. I want to see an LGBTQUIA character on the screen that literally comes out and says “I’m gay” in those words, do you know what I mean? Not just alluding to it, but actually saying it. I think once we get to that stage, that’s when I’m going to be able to sit back and be like, “We’ve arrived” somewhere. Not saying it doesn’t exist, but in the main stream I think it’s more suggested than directly stated.

What’s your most important artist tool or something you couldn’t live without in your work?

I guess I would have to say my imagination. My imagination first, and then it would be the software. I think that’s where it always starts though, with imagination, and that can be inspired by a bunch of different things – just the way you live your life, walking down the street, whatever.

Physically, like the technical aspect would be my computer. Even my sketches (when they happen) are usually digital. I’m such a millennial in that I really embrace digital technology. I’ll rough out an idea on my iPad and then go onto using my computer. So, everything is literally digital based from beginning to end.

Can you describe a bit about how your practice has changed over time?

I think I’ve gotten a bit more definitive in my process, number one, and also what I want to say in my work. In the beginning, I more just went with what I thought looked cool, and I still have an element of that, and I think there’s still definitely space for that, but at the sametime, I do kind of feel like I’m growing into a bit more of my own process in terms of technology, and how I explore things like lighting, texture, and mood in my pieces. The latest piece I did was inspired by the Alvin Ailey documentary that I went to go and see. I was sitting in the theatre and snapping pictures with my phone for different moods and different vibes or whatever. So yeah, it can come from anywhere, but being able to kind of capture those moments and then translate them into a piece is really kind of the basis of the process that I go through. So yeah, it’s changed in terms of how I’m inspired, and how I refine that into what it is that I put out. 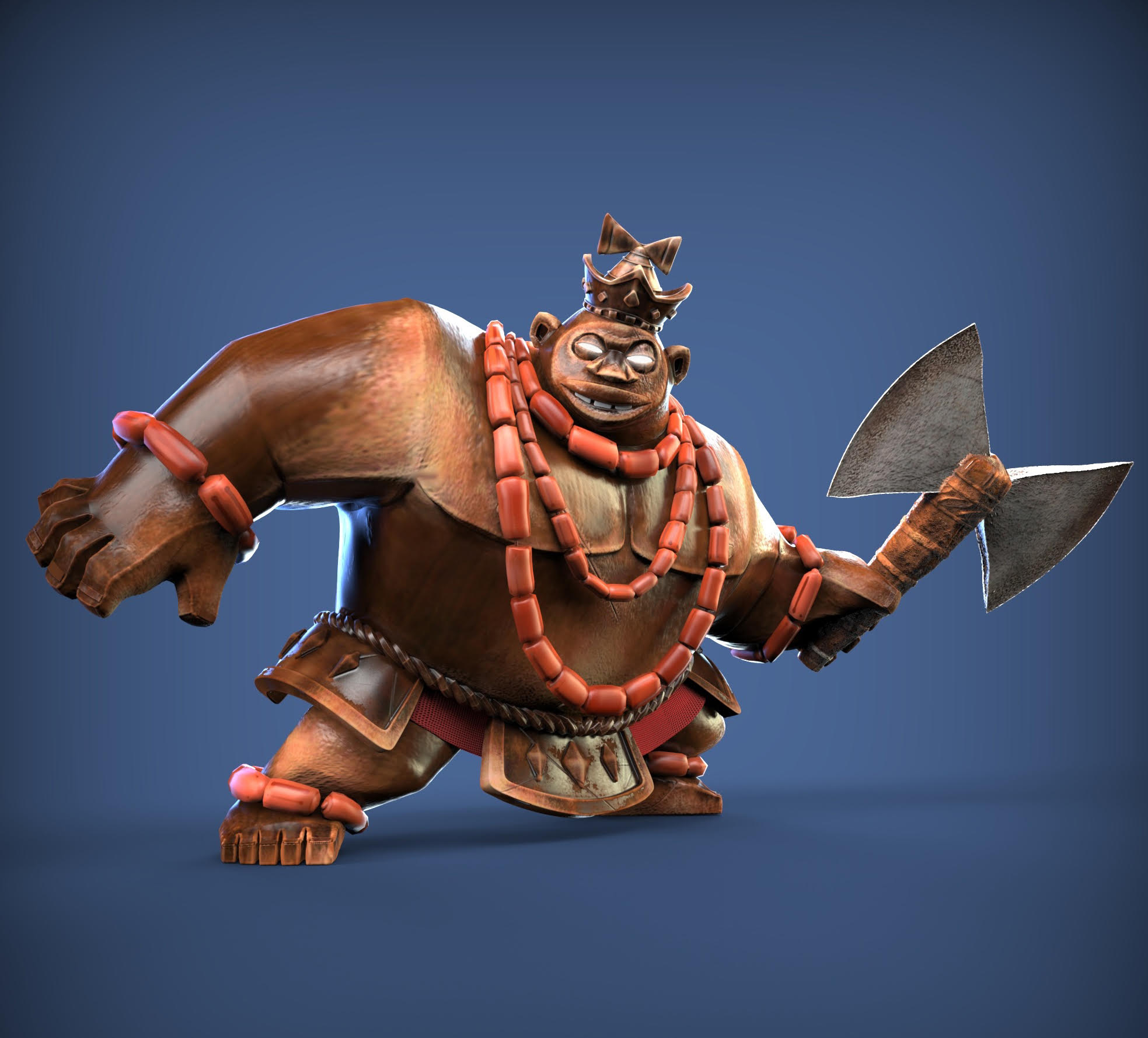 Are you working on any personal projects right now outside of what you’re doing at your day job?

Yeah, for sure. As soon as I finish my day job, I’m like straight onto my freelance stuff. But I think it’s out of necessity. Like in my day job, I’m getting paid specifically to create characters that I may not necessarily have a deep connection to, whereas in my own personal work, I’m the inception of these ideas, so there’s another kind of connection that I have with these characters. So I feel like it’s a need—I have to get these things out. And then, with the freelance work that I do take on, I only take on stuff that I have a connection with. So, the projects that I’m working on now are either with someone who I very much respect, or their creation is just absolutely perfect and I’m like “I have to be the person to do this” do you know what I mean?

Do you have a piece that you felt was a turning point in your work?

I would actually say my last two pieces were that forme. There was a difference in the process, I took a lot longer with them, I was a bit clearer on what I wanted to say or show or express, and they both came from very random sources of inspiration. The last piece I did, as I mentioned before was the Ailey piece and that came from watching the Ailey documentary.The piece before that was a centaur woman and that came from a dream. I find that my best pieces come from really natural kind of influences - places that I didn’t expect. Sometimes I’ll see something and think “I want to create a version of that” but those pieces don’t end up being as strong. But when it comes from a very natural place, I find that those are the pieces that tend to give me the end result that I’m looking for. I’m still figuring stuff out as I go along though. I don’t think, as an artist, I’m ever going to achieve “there” so figuring out what my inspirations are and what works best for my creativity is still something that I’m working through. 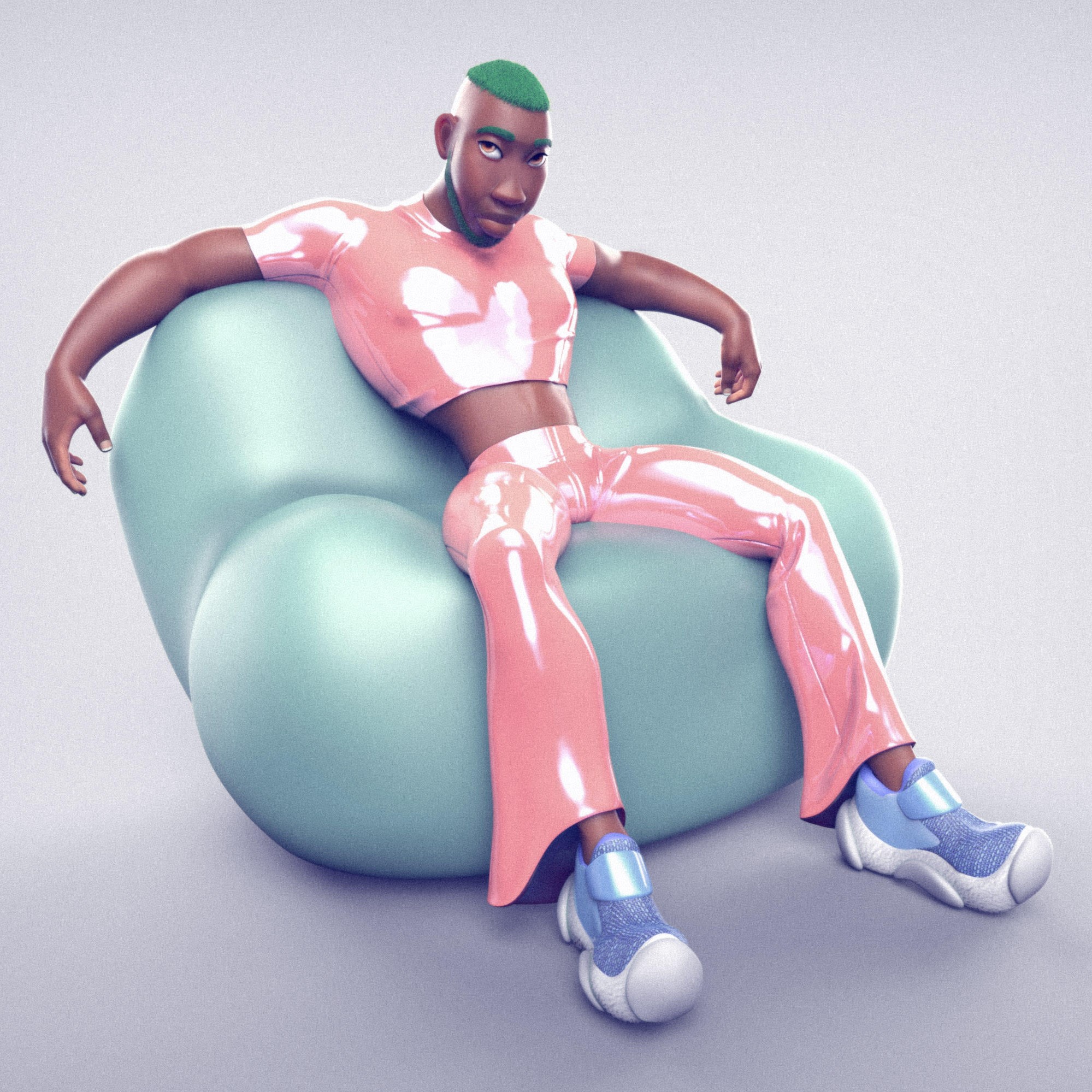 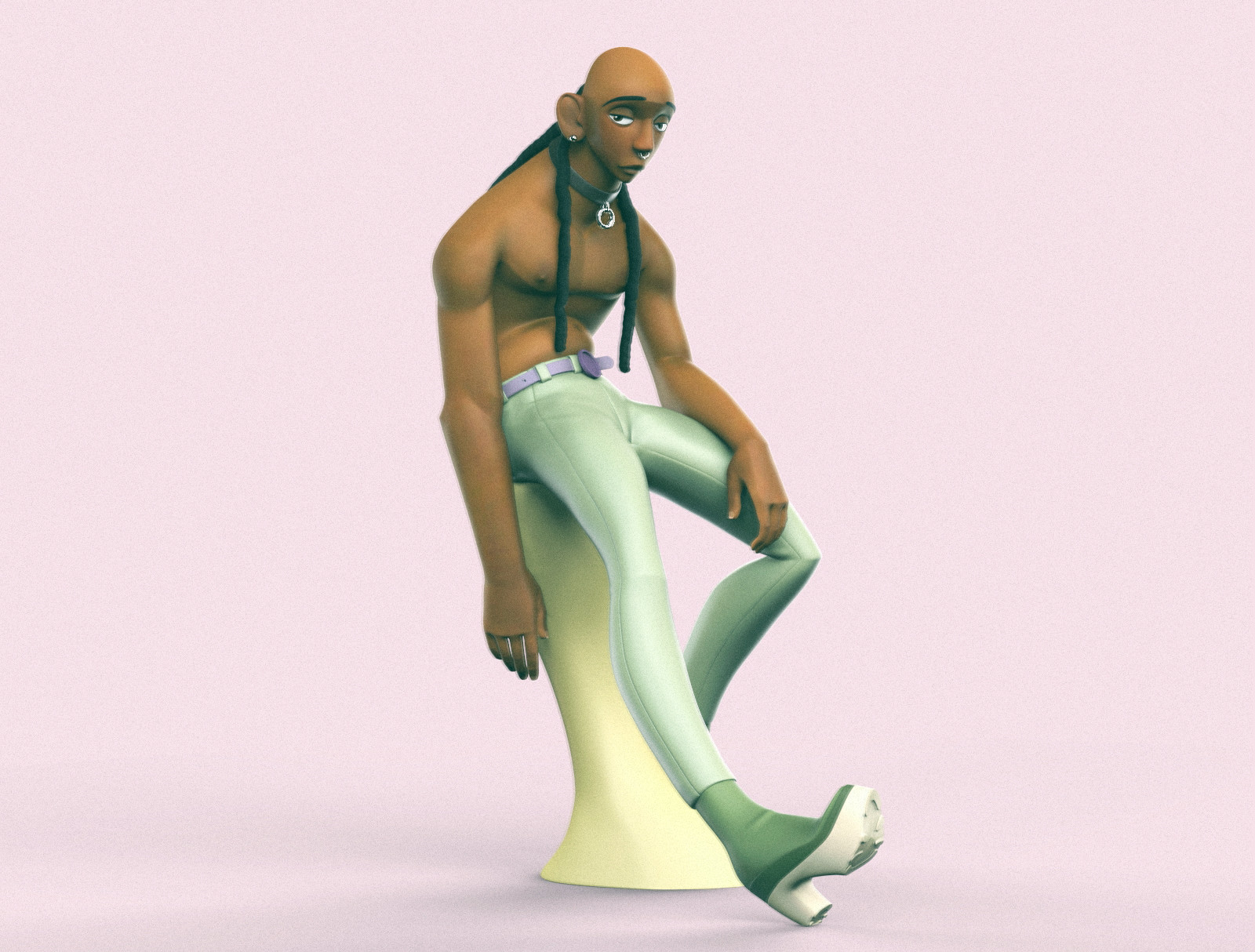 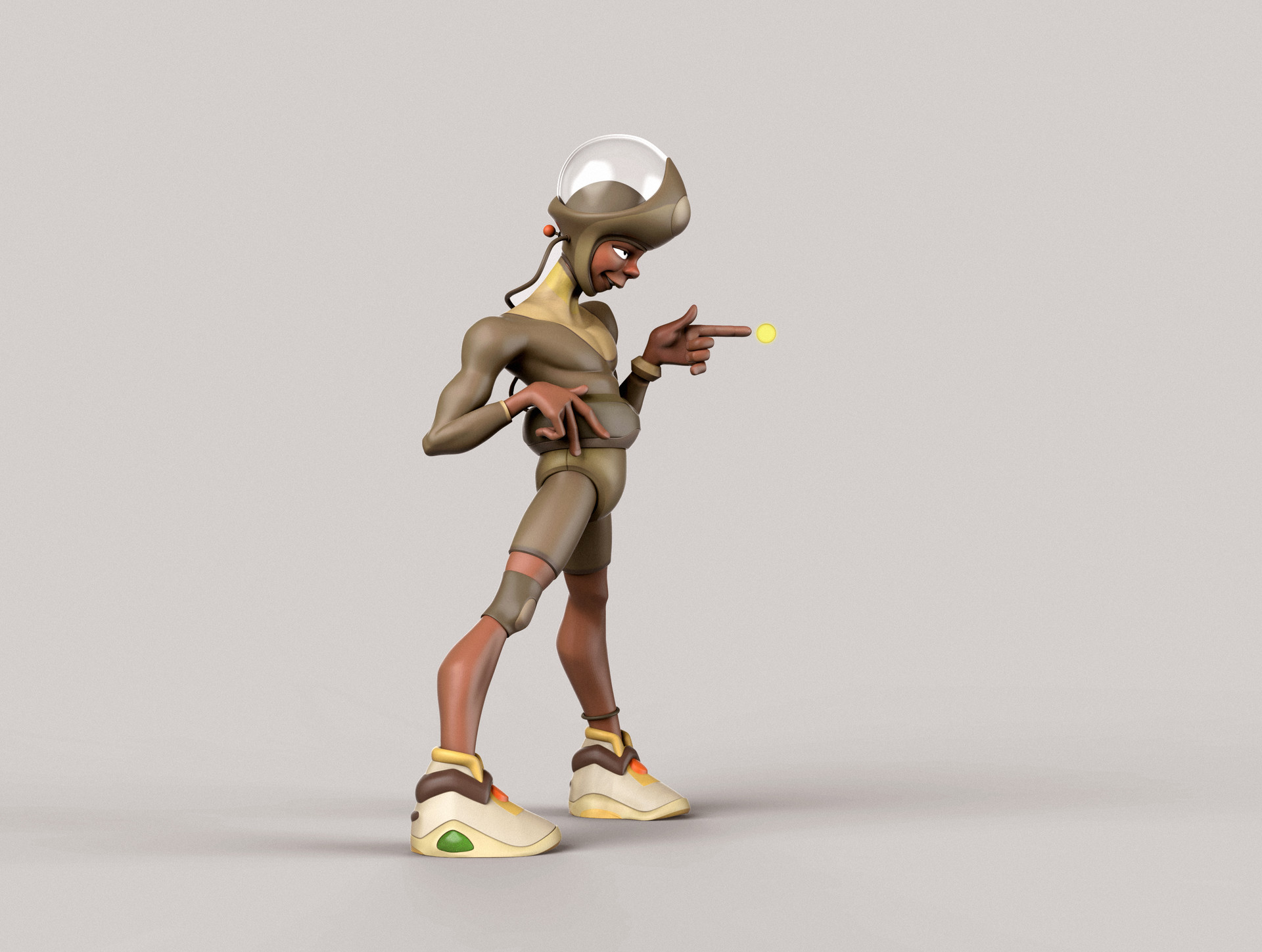