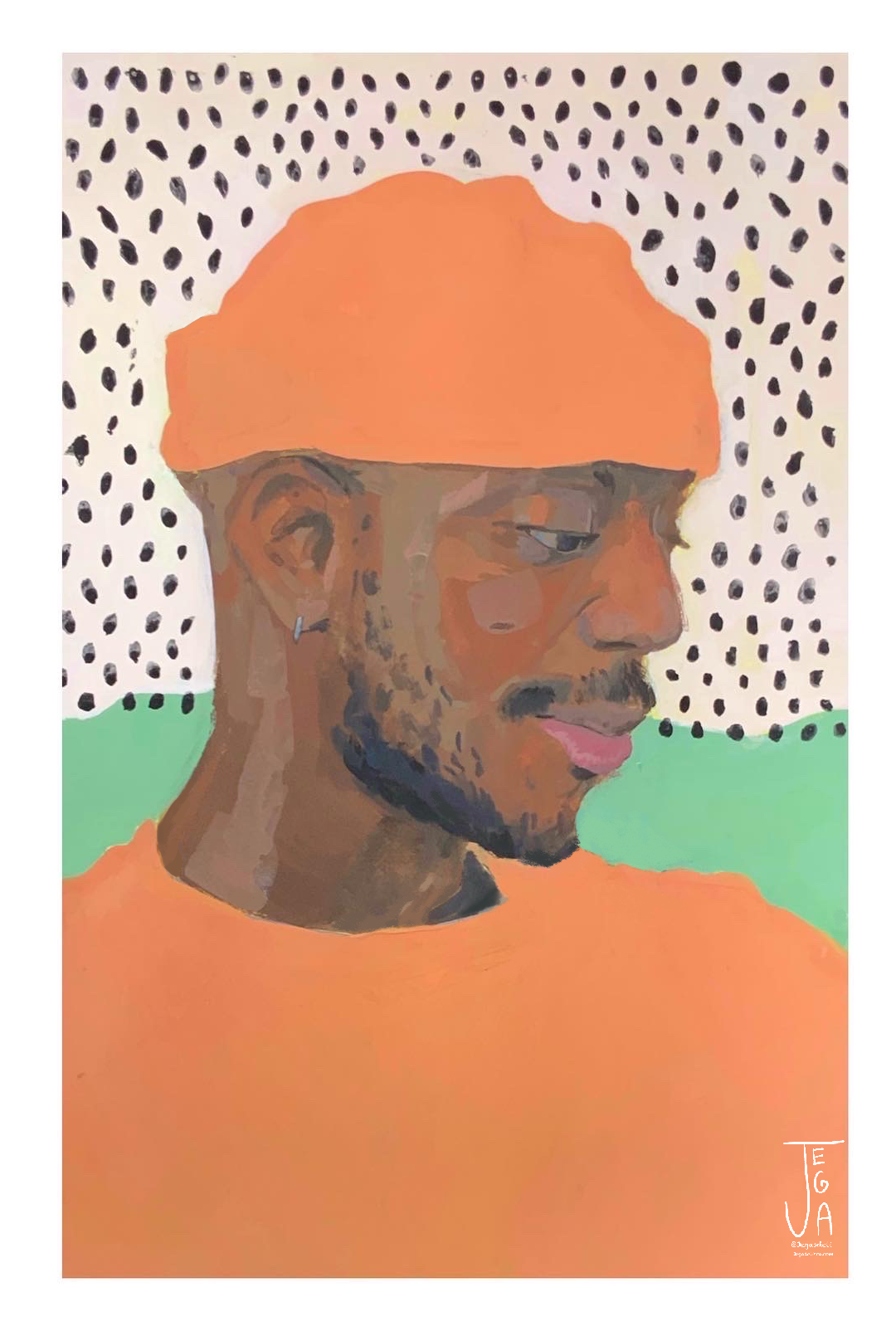 Can you tell me a bit about the work that you make?

My current focus is portraiture. I usually work with gouache and I'm exploring working with pencil crayons too. I’m trying to explore colours a lot in my work, and usually peopleI know, personal connections, things I value.

Do you tend to mostly paint portraits?

I started painting when quarantine started, and I had recently gone through a heavy loss, and I was just painting all my friends. Looking back, I think it was because at the time you couldn’t interact with anyone face to face, and I just wanted to be close to those people, I wanted to think about them, and it really helped to have a focus. I guess it was a way of processing my grief, and thinking about the people I love at the same time. I think it really helped. I’m moving away from portraiture now, now that I feel a lot steadier emotionally, but it was just really comforting at the time.

What motivates your work? Where do you draw your inspiration from?

I’m trying to move away from having a really impulsive, spontaneous, emotional process. Which honestly, I do appreciate so much, it helped me heal. Some works are just sort of for yourself to process, like art therapy almost, and now I’m moving more towards aproper practice where I practice something every day, and just slowly build toward the work I want to create. My work will always be centered around community, and the connections I have with my community. I also work at Scarborough Arts as a youth coordinator. I work with queer youth ages 15-27 and I teach art workshops and we create zines, etc. 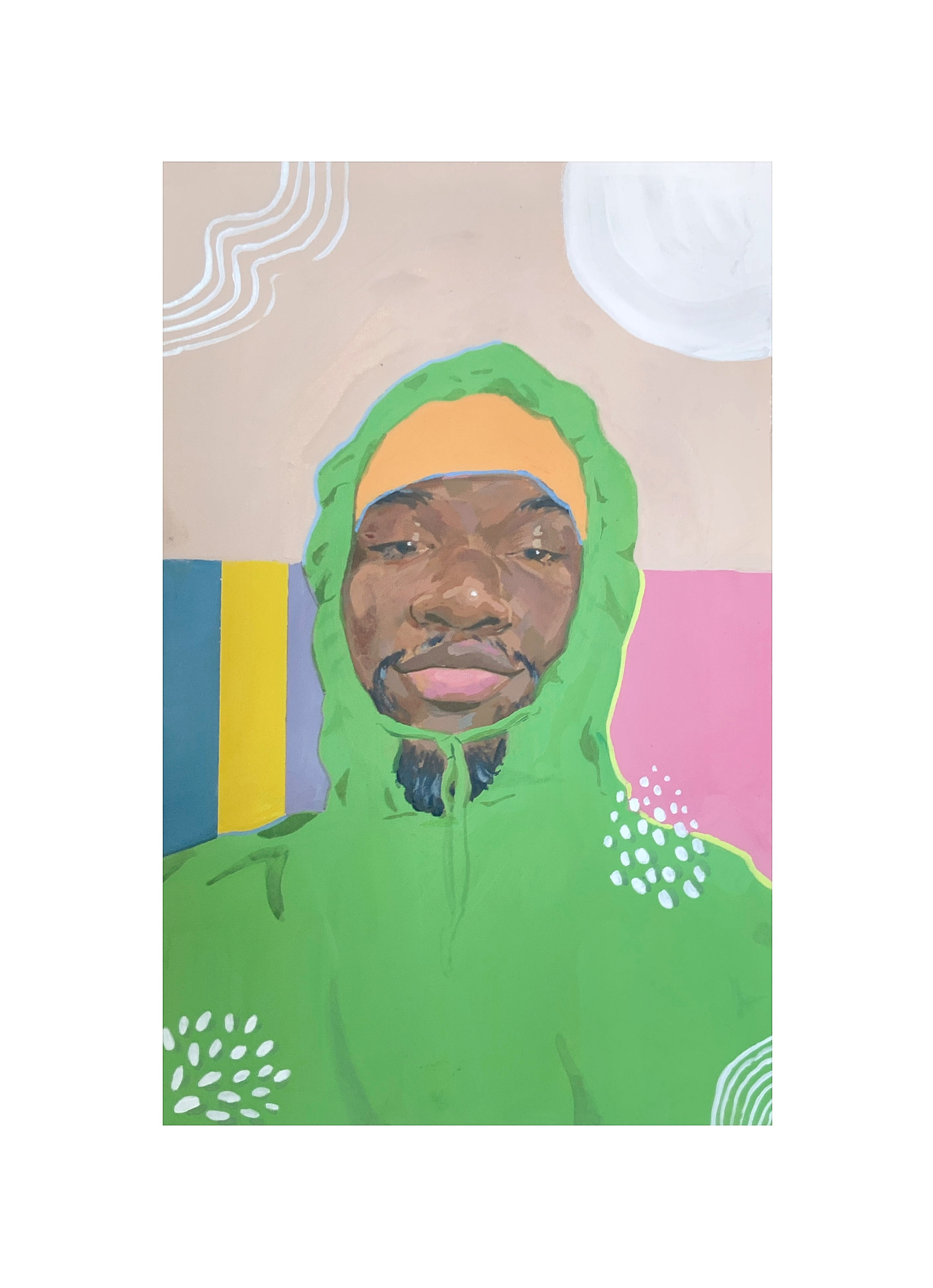 Who else are you influenced by?

Okay, a major major influence is Jurrel Cayetano (@jurrellcayetano). He is the reason I got into gouache. His work is so amazing. I asked him to mentor me but he said he wasn’t ready yet. But Tau also, that’s how I met Tau (@taulewis) and Tau is amazing also. I’ll be going to Atlanta this January, hopefully I’ll get to see Jurrel’s work in person and meet him and some other friends I’ve made through Instagram. My other friend Demetri Burke (@demetri.stefan) is having his first solo show,so I’ll be there for that, also there’s Alexandria Couch (@cosmocouch), she’s awesome too, her work is so nice, and she is only my age and she’s so amazing, yeah there’s so many people that influence me… Curtia Wright (@curtia)... and obviously while I’m not a sculptor or anything like that, Tau is a huge influence, just the way she goes about her work, that sort of dedication and how she feels about her work is amazing. She’s so accomplished and also so down to earth and so nice to talk to, I appreciate her so much.

Where do you connect with artists that influence your work?

The Art Gallery at York University has a program called Lead Time that connects emerging artists with artists that have a lot of experience. That’s how I met Tau – by getting paired with her through that program. I also used to volunteer with Rise Edutainment(@rise_edt), and I met so many artists through that that I connected with, a lot of my friends were in BAU (@baucollective), or part of other arts organizations. Rise Edutainment started off as this weekly open mic in Scarborough and it’s been going on for seven years strong now. It was a huge hub and I met so many people through there. I started out as a spoken word artist, and then as I started meeting a lot more visual artists I got more into visual art.

Do you still do spoken word?

No, but I am getting back into writing. I recently read The Joy Luck Club by Amy Tan. Everyone’s written about that second-generation immigration story, but she’s done it so well. She talks about like eight different characters and they’re all so good. She’s definitely my biggest influence right now for writing. After reading that book, I started reading five other books. I’m in this phase where I’m living alone for the first time, and it’s the first time where I can actually have this internal dialogue, by myself, and just feel more free to do things at my own discretion. So, I’ve been reading a lot, painting a lot, planning.

"I journal a lot, I write, etc. and I think I can just feel the freedom to just paint, and then reflect later and add in those meanings after."

Can you tell me a bit about the last body of work that you showed?

Yes, I had a show up in the spring called “Don’t Go Unspoken,” based around my friend who passed away, Elisha Johnson, and her life and all the women who I grew up with and hung out with from when we were young… And how that kind of informed my life, and how their femininity made a lot of space for my queerness and my identity. It was really a homage to Scarborough, because I met them all in Scarborough when we first moved here. They are amazing in the sense of like, I’m a dude and I have all these freedoms just sort of given to me, and all these girls had all these responsibilities, taking care of kids, and all kinds of pressures put on them. So just seeing all of them working so hard to be themselves, while I was really suffering with my own anxiety, and I could always go out whenever Ineeded to, but I was always too scared to, and just seeing this weird comparison, when they deserved the world. Especially Elisha. So yeah, “Don’t Go Unspoken” for me was all around this idea of you know, she left with so many things behind, and it’s also a reminder to myself, like I can’t just stay quiet, I need to actively try to push myself out of my comfort zone to do things that I want to do. So yeah, that was at Glory Hole Gallery, which is run by Emily Peltier, she’s amazing. That was my first solo show.

Do you have a sense of what that next body of work will look like?

I journal a lot, I write, etc. and I think I can just feel the freedom to just paint, and then reflect later and add in those meanings after. Everything I do will always touch upon the same general ideas - it’s always going to be about my identity in some way. I’ve been heavily invested in men’s vulnerability and emotions and how that fits for me and how that looks for me.I have five older brothers and that’s always been a big dynamic, how they’ve operated within the structures of hyper masculinity and patriarchy - that’s something that’s always close to my heart.

You’ve been in Montreal recently – how is that compared to Toronto? Will you stay there for a while?

I’m Hatian. There’s alot of Hatians there, I have a lot of cousins there, and it’s good to have this connection to family that’s not always so tumultuous. When I moved from West Palm Beach Florida almost 14 years ago (I was born there), we left a whole community of people that would have supported us through all the things we were going through, and I don’t know, moving here, being isolated as a single-family unit, really contributed to a lot of stress. And now that I’m in Montreal, I’m noticing more and have more perspective.

Were you into art when you were younger or was it a later development?

I was always, always into visual art. I remember I knew a cooler way to draw shoes in grade one, andI did the whole, loop hill thing. Everyone was always trying to draw hills,they used to draw the ugliest hills… I made them round and curved, I’d be teaching everyone... Yeah, that was me. Also, I used to spend like five hours a day on Microsoft Paint making these really elaborate cities and ice creams and things (laughs).

What do you do when you’re not making art?

I read… and I tell you, I am a connoisseur of men's emotions. I am so obsessed with all their dialects. I’m so interested in cis hetero men’s dynamics and friendships. I’m not into sports at all but I’ve been watching “I Am Athlete” with Brandon Marshall and other former NFL players and I love the way they talk to each other. Just seeing them having these vulnerable conversations, like wow… I’m even obsessed with random like, with Red Pill or Incel communities, I love trying to sift through that shit, like what are these people really saying? Like what are they going through?

A lot of men experience this thing called Alexithymia, which is basically an inability to recognize their own emotions. Sort of like the idea that we learn how to process our emotions through looking to other people. For example, when a little kid falls and their parent laughs or doesn’t make a big deal of it, and the kid does the same in reaction. When we do that to young boys, for example, after they get hurt and we tell them to just toughen up, essentially, we stunt them from being able to recognize what that meant or what that emotion was that they were feeling. Seeing how that plays out over their lives, and these horrible dynamics they contribute to...I’ve always been interested in community building and creating programs around this. I’ve been doing it for along time, but now I’m kind of stepping back into the role of a student again and trying to re-learn a lot of things.

Can you tell me a bit about the work you’ve done around that?

I ran The Carefree Black Boy Project when I was 17 til I was 20. It was a program for young Black men to explore their sexuality and their spirituality, their whole identity. The premise was that more holistic men create safer communities. So, we did a lot of art, and then I went through burnout, but I learned a lot, and that work is still very important to me.

Do you have any advice for artists starting out?

Post your work on Instagram. Also, try to understand where you’re at right now. If you feel like your art isn’t “there yet” but you feel this impulsive need to create, then try to accept that it’s not what you want it to be yet and share it anyway. And then when you’re a bit more analytical and less emotional, then just practice and improve during those times. There’s a time for sharing and there’s a time to work on your craft. You don’t want to shut yourself off, thinking your art isn’t good enough to show to anyone. It’s a cycle of going back and forth between sharing, and then editing/improving. Also, just reach out to other artists - they will support you more than anyone else will! 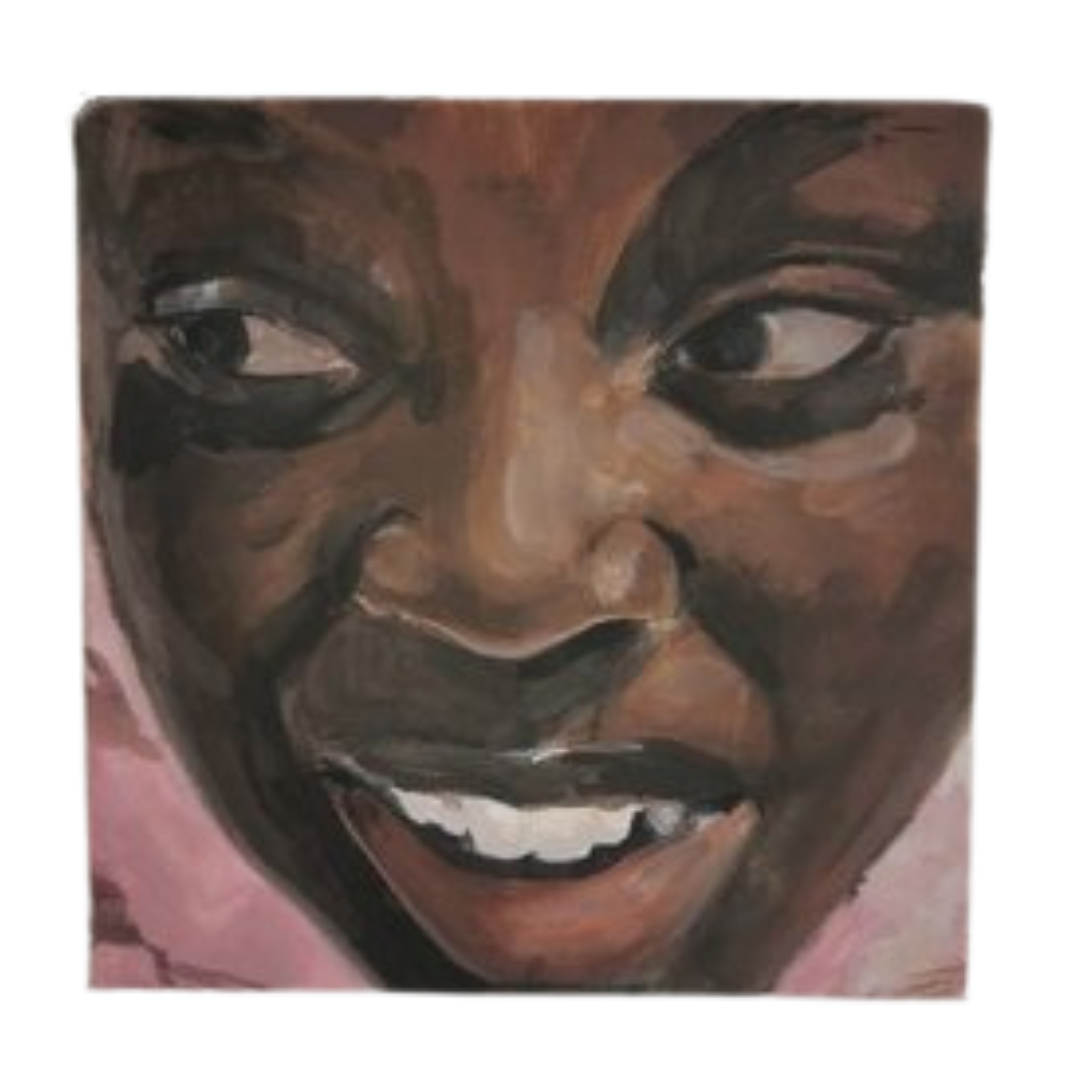