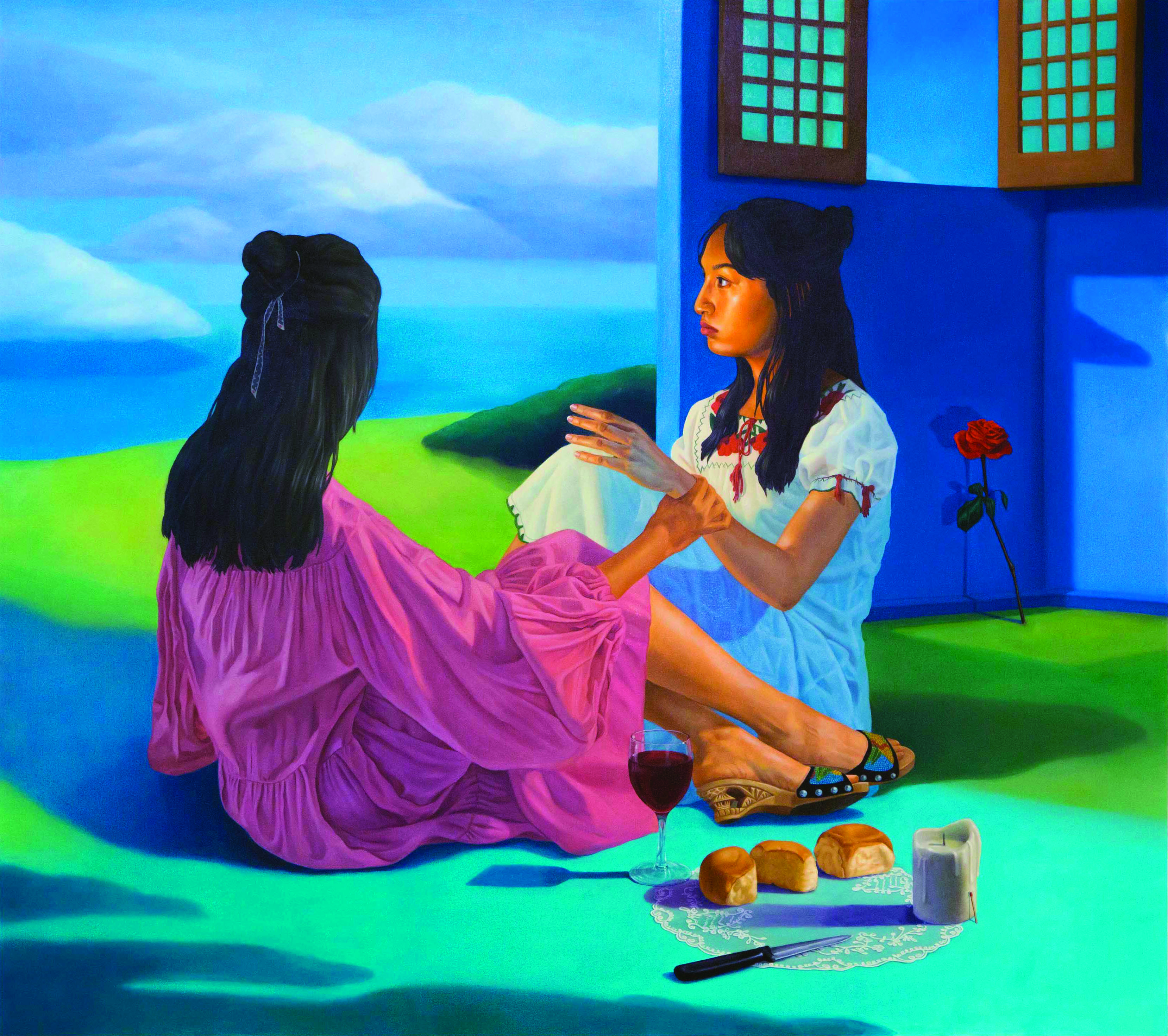 How did you first get into painting?

I actually got into painting in between my 3rd and 4th year at Sheridan. I was studying illustration originally, and we had to do a co-op/internship, and I asked my advisors if I could do a mentorship with a painter instead. So, I did an internship with Peter Chan (@peterchanart) for a summer, and he pretty much taught me oil painting. After that summer, I was like “okay, well I’m going to be a painter”. I’ve always been interested in it, but I had just thought that illustration would be an easier route.

What were you thinking of doing with illustration?

I thought I would go into editorial illustration, like what you’d see in magazines or newspapers.
But I didn’t end up enjoying the business side of it.

How was the internship with Peter Chan?

He was amazing, he was a great teacher, and he took a similar route to me. He had also studied illustration, and then became a fine artist. It was a really great experience. I would go to his studio a couple times a week and he was super helpful. He was also teaching other people, and I was sitting in on classes, and helping him set up and stuff like that. I feel like everything I learned about the fine art world really started with him. Definitely not an experience I would have found anywhere else.

Can you tell me a bit about how you got into illustration in the first place? Were you always artistic?

When I was still in the Philippines, graduating high school, I was deciding between moving here or staying there. I was hesitant about moving so I did a year of what I guess would be the illustration equivalent at the University of the Philippines. I’d been drawing kind of secretly for most of my life, so when I told my parents that I wanted to go into the fine arts program they were like, “Excuse me?” I don’t think they even really knew that I drew. They were surprised but they were encouraging. Doing that one year of school kind of solidified that for me, and then after that year, I wasn’t really getting what I wanted from that program, so I decided to move here and go to Sheridan for illustration. 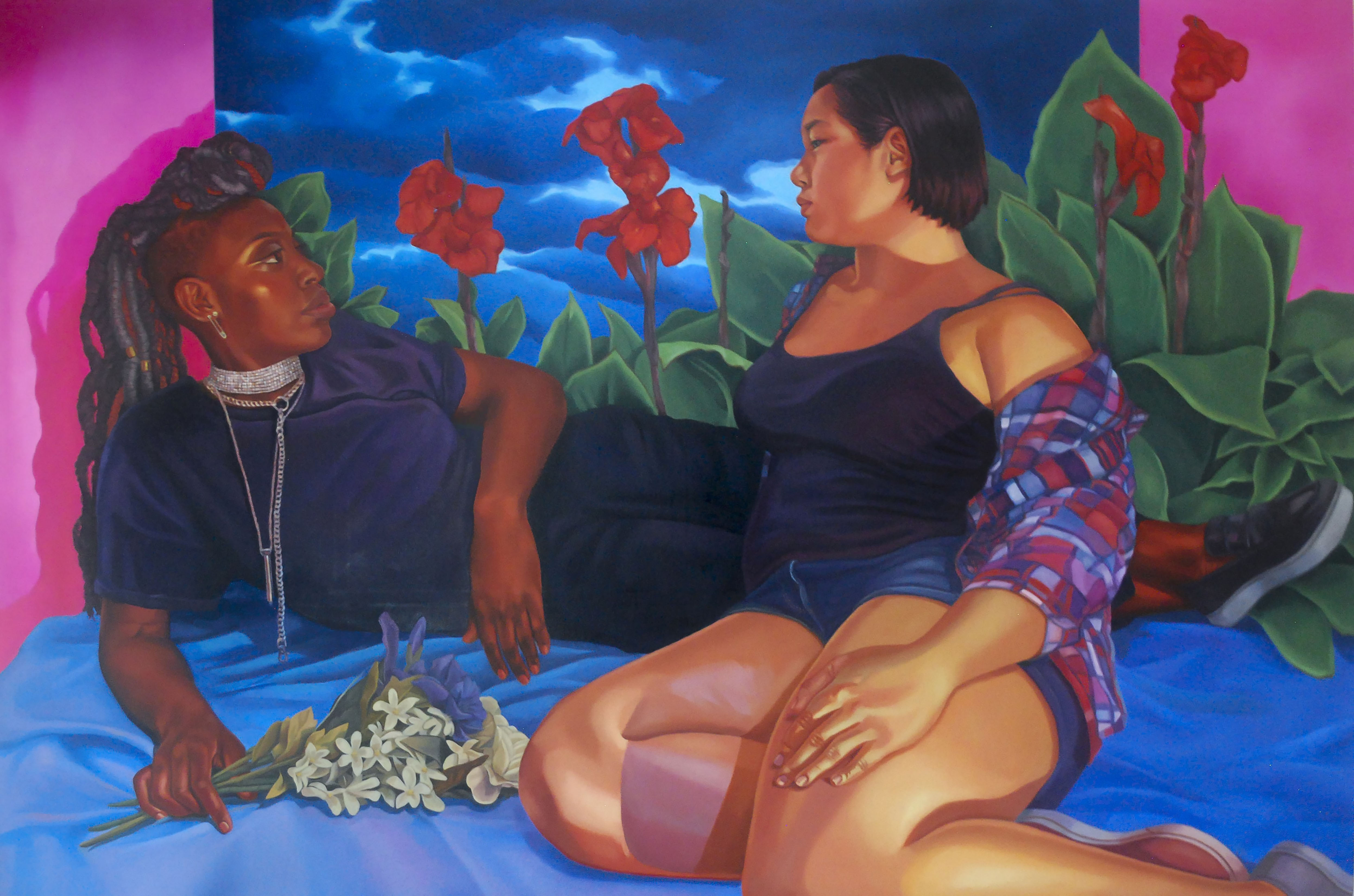 Do you mostly work with models? Can you tell me more about that process?

Yeah. I work from photos. I find strangers online, women, to model for me. They come to the studio and I photograph them.

How do you find your models online?

I use dating apps.

Yeah, it’s a purely business Tinder. I think it’s probably the most stressful part of starting a painting, because I don’t generally like to paint people I know, so I specifically go out to find strangers. And I don’t normally repeat models either. I like it when I don’t know who I’m painting. Painting the face of someone who I’m very familiar with kind of makes me uncomfortable. It just feels really intimate. That’s why when my parents ask me to paint them, I’m like “Nope, can’t do it, I’m sorry”. It would be a lot easier if I were more comfortable painting people I know… maybe eventually I’ll get more comfortable with it. But I don’t like making figures up from scratch. I like knowing that the figures in my paintings are actually real people—to still have that realism attached to my work.

Do you look for anything specific in the models you choose?

It’s normally women of colour and it’s normally queer women, like me. That’s always been what I look for. I’ve thought about not doing that, in order to make the process of finding models easier. Because other people ask me if I would want to paint them, people that don’t fit the “criteria” of what my work generally leans toward, and then I think separation would maybe make it possible for me to be more free with what I’m painting. At first, all I wanted was to paint figures, but I’ve grown interested in other areas too, so now I let myself focus on other themes, but meeting people who identify as queer women of colour, making a painting of their image, and then them getting to see it, is also a really nice feeling, it’s really rewarding. 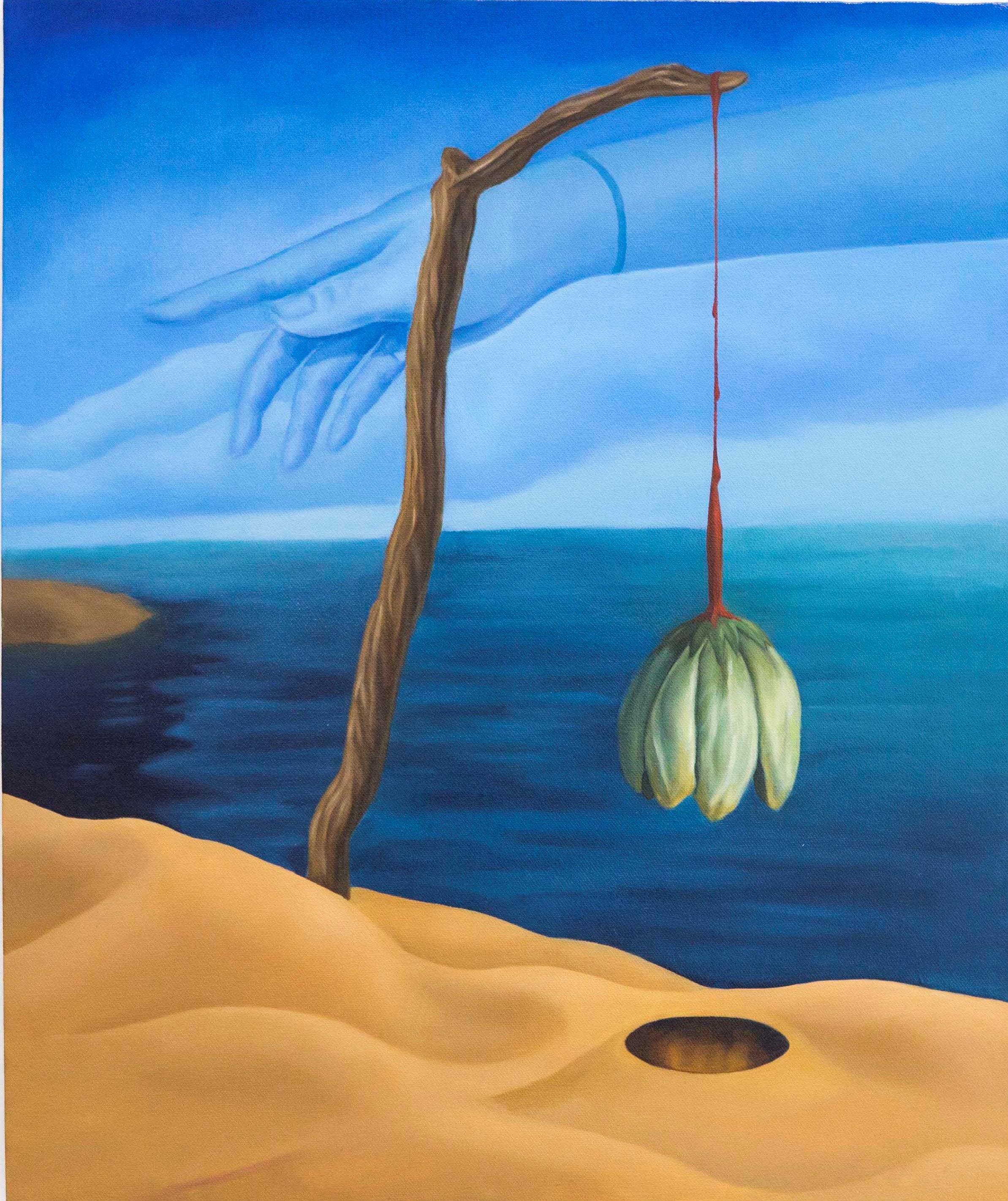 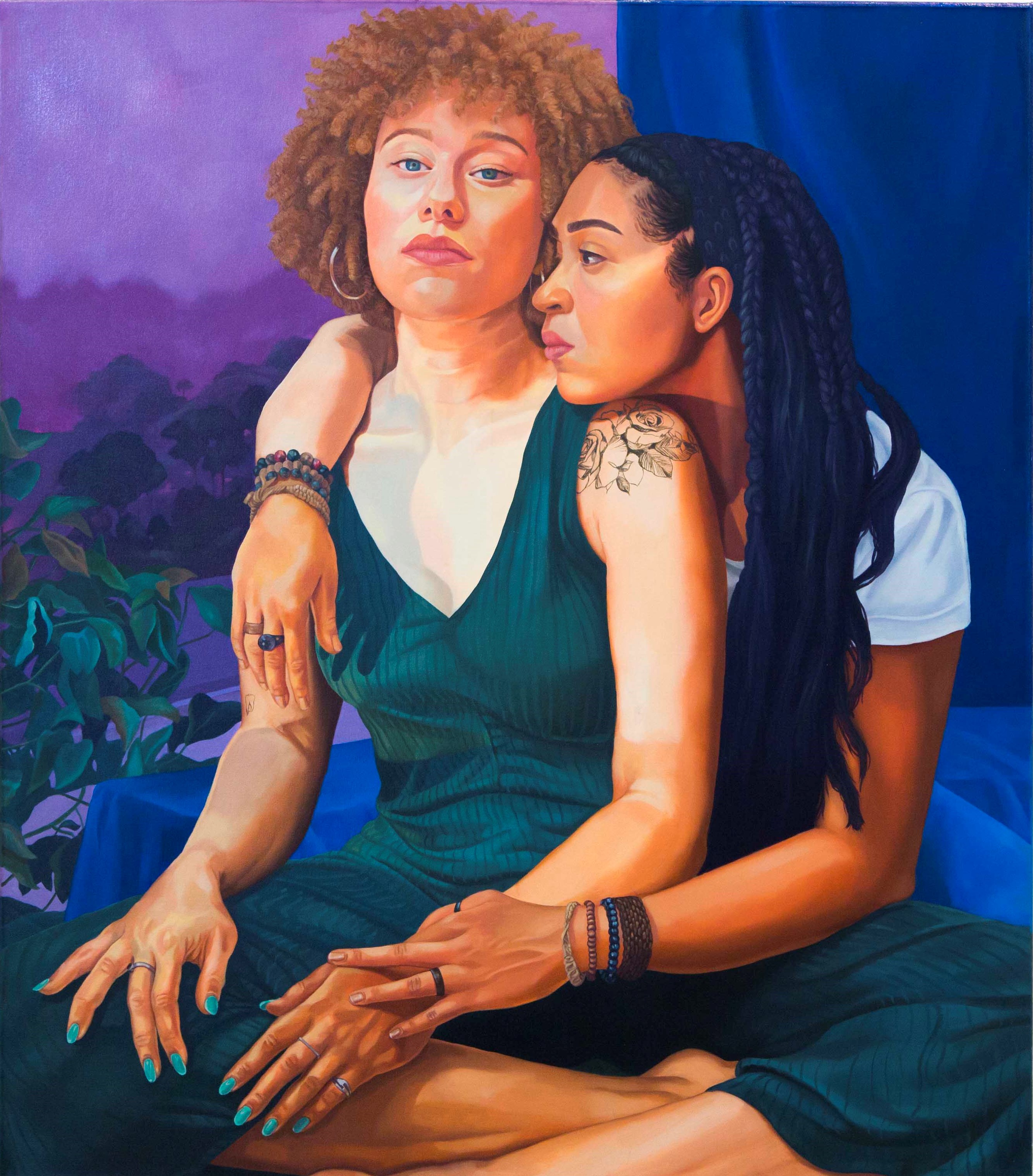 "At first, I wanted to represent a certain identity, but then I realized it was limiting to only focus on that. So then began to let myself also focus on other themes in my life, and just sort of use that as an anchor. That’s what also makes it hard sometimes because I have to explain to my models that it’s not a painting of them, specifically but that they’re representing something bigger."

A lot of your paintings have multiple people in them, are they usually couples?

No actually, none of them so far have been real couples. It was something that I asked the models beforehand, if they would be comfortable modelling with another person.

So they didn’t even know each other?

They didn’t know each other, no. All the paintings with two people in them – none of them are actually couples.

So, do you coach them on how to pose together?

Yeah, I pose them together, of course they know and agree beforehand. Some of them have been more naturally comfortable with each other, to the point that people were surprised when I told them they were actually strangers. And others have been maybe less so. I like exploring the idea of discomfort or tension between two people, but in an intimate setting or in an intimate pose together. Tension is always something that I’m aware of when composing an image, whether it’s a multiple or single figure, or a landscape/still life.

In terms of your process, what happens after you’ve posed and photographed your models?

I then take images of backgrounds and props and stuff, and either put them all together with the figures in photoshop – so like, make a really terrible composite image in photoshop, and either go to projection from there,or make a drawing and then work from that – I work both ways, either from drawings or from projecting images.

So the backgrounds and props you use aren’t actually there when you’re staging the models?

Some of them are, like if they’re holding flowers or something, but the rest generally not, since I normally take them just in my studio. 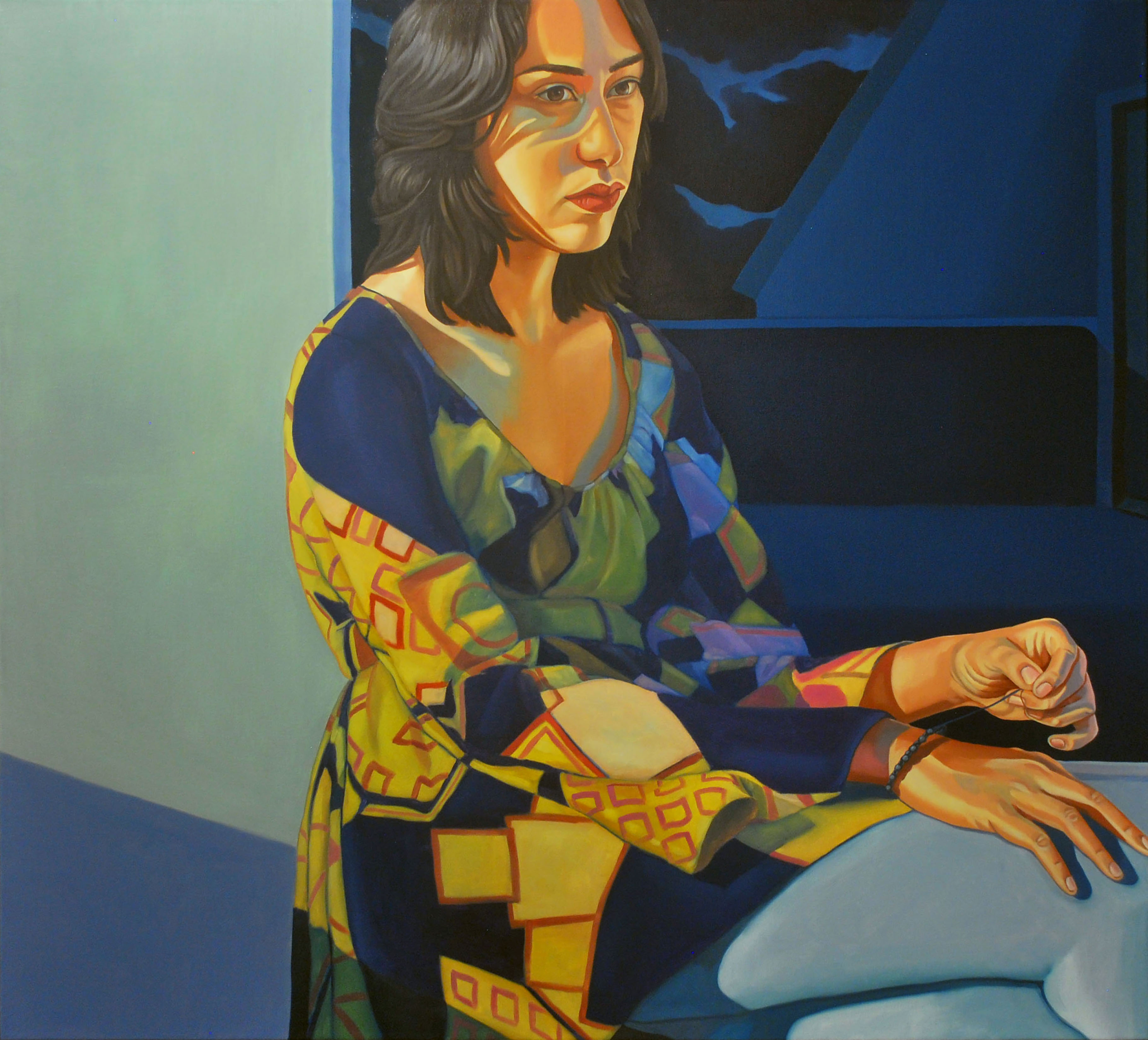 Where do you draw inspiration from?

A lot of the themes that I work with now have to do with surrealism and horror stories, which I read a lot of. Right now, I’m reading Shirley Jackson horror stories - I love her work. Anne Carson also. Annihilation by Jeff VanderMeer is one of my favorites, with a very surreal and magical quality although it's technically a sci-fi novel. Whether it’s prose or poetry, I’ll latch onto certain phrases and sentences that affect me or that Irelate to, and then attempt to visualize them somehow in my work. That’s what I’m trying to do more of now, to experiment. Same with movies, I watch a ton of them and basically fill up my computer with screenshots and notes.

Are you represented by a gallery?

Not exactly. It’s really only in the last year that I’ve had more professional interest in my work. I had a solo show in November 2020, during Covid, and that was the first time I had seen so much of my work up in one place, which was a very weird feeling.

Have you also shown your work in group shows?

After graduation I was part of a couple group shows at the Gladstone Hotel, through an open call, and then I did The Artist Project –which is an art convention at the ex – I was part of the Untapped section, which is the emerging artist section.

Do you have any goals you’d like to make happen in the next few years?

I really just want to be able to make work. I guess my goal would be eventually to not have to work a day job. Most of what stops me from being able to fully commit to my work is the time and energy I put into that. I need to apply for grants and hopefully do a residency in the next year or so if the pandemic allows it. I feel like that’s what every artist really needs, is just the time to make work. I’d also really like to go back and live in the Philippines, where my family still is, at least part of the year. I definitely would like to show my work in the Philippines and be able to spend enough time there to create a body of work—to paint from life, to get models there, etc.—that’s definitely a goal of mine. 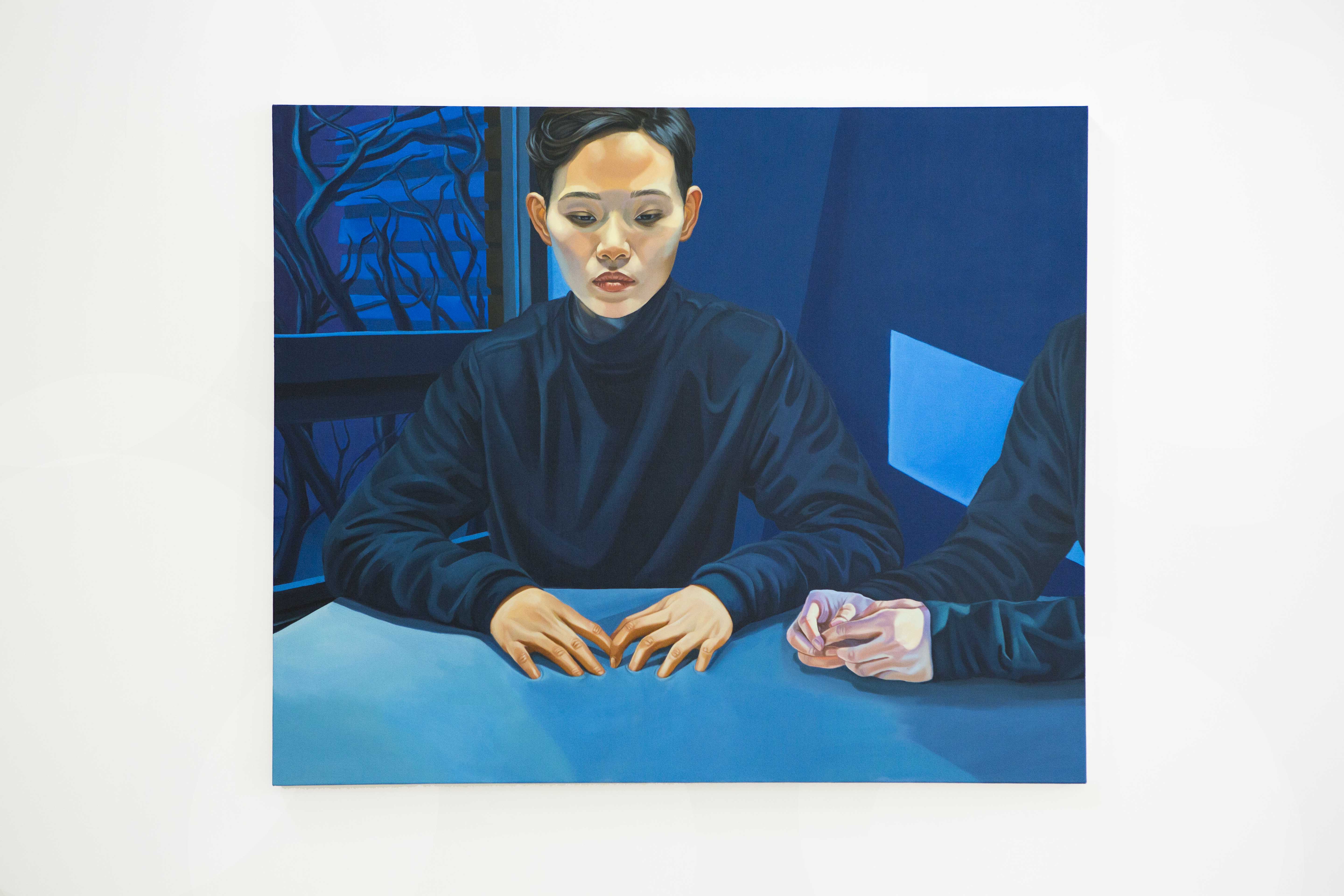 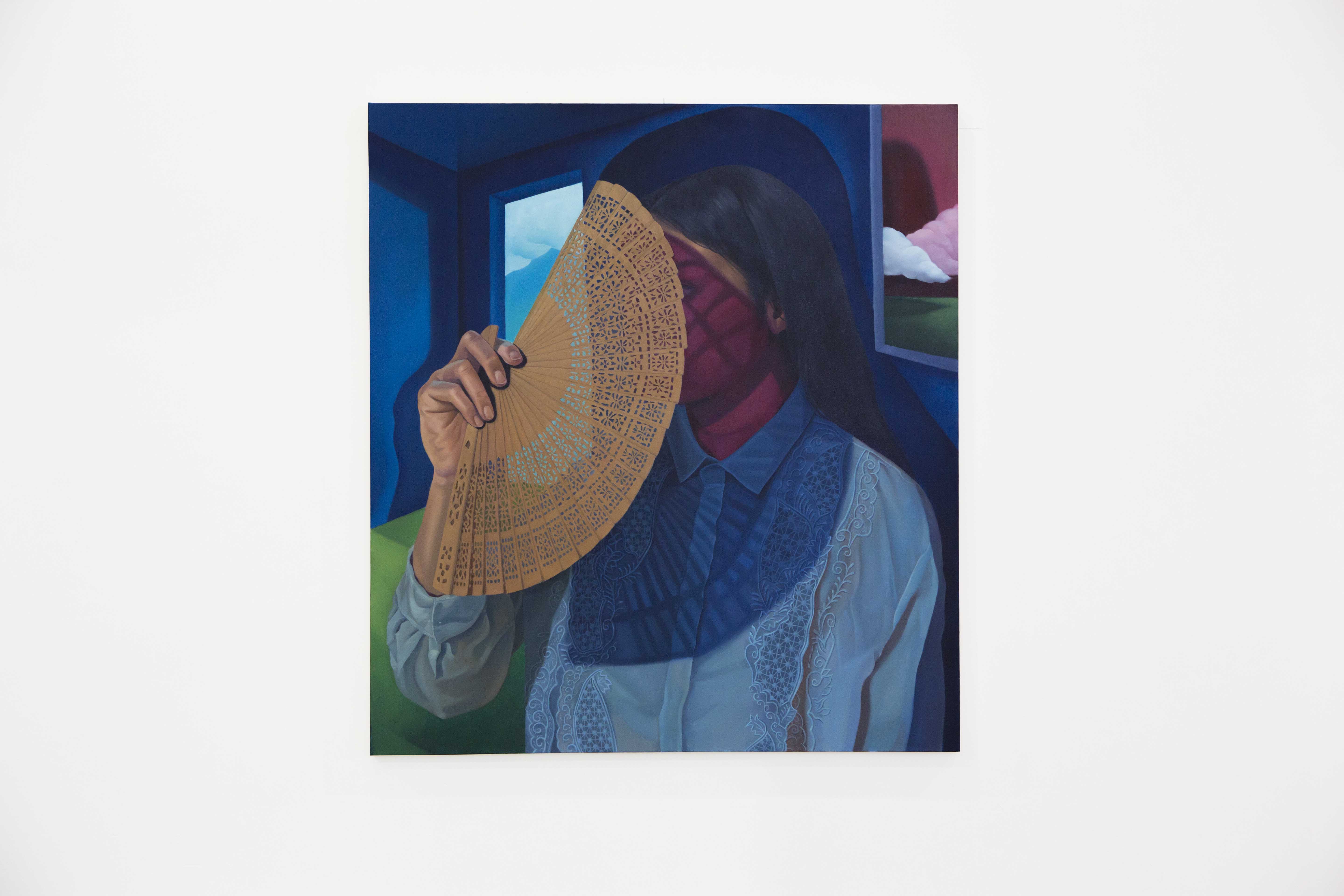 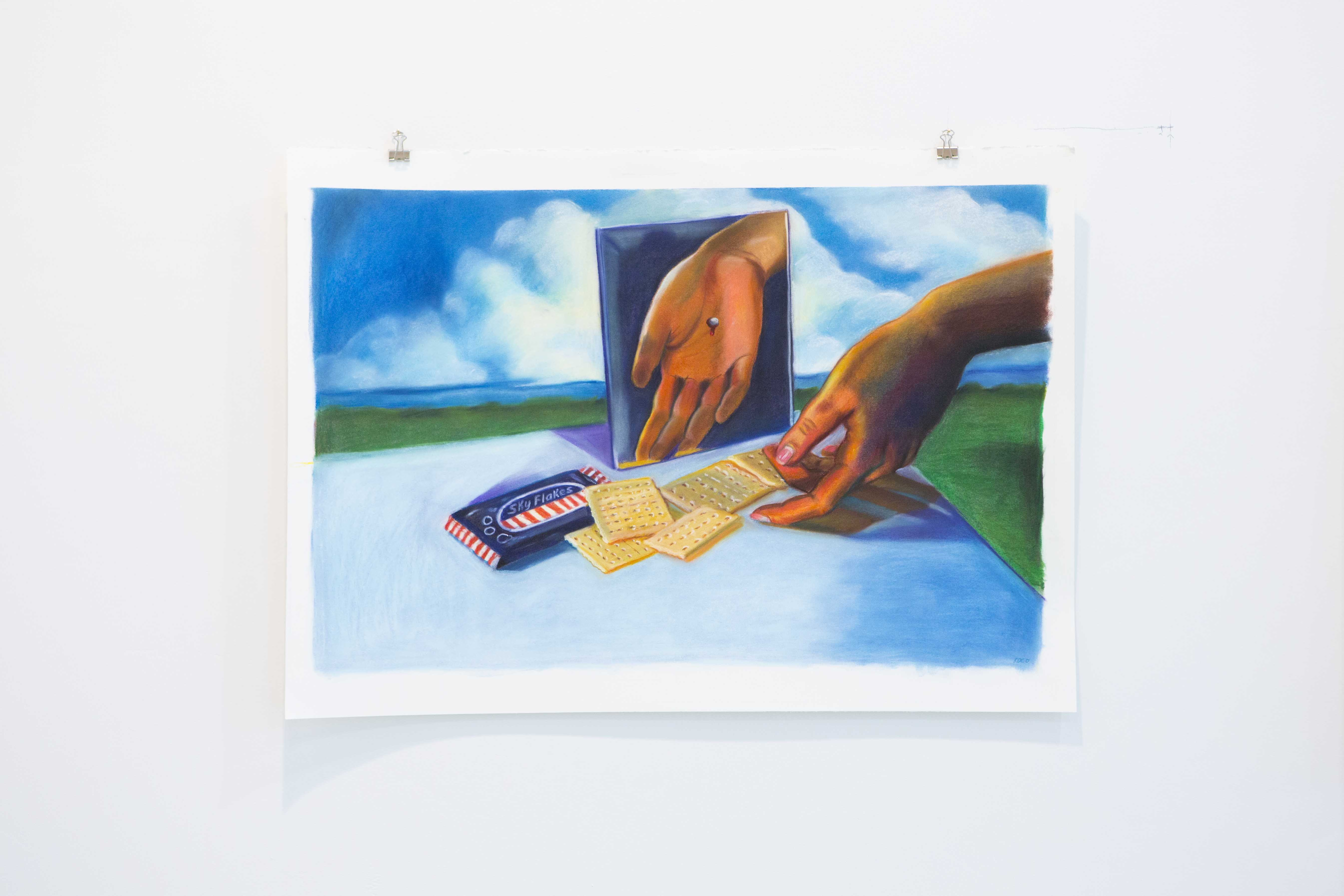 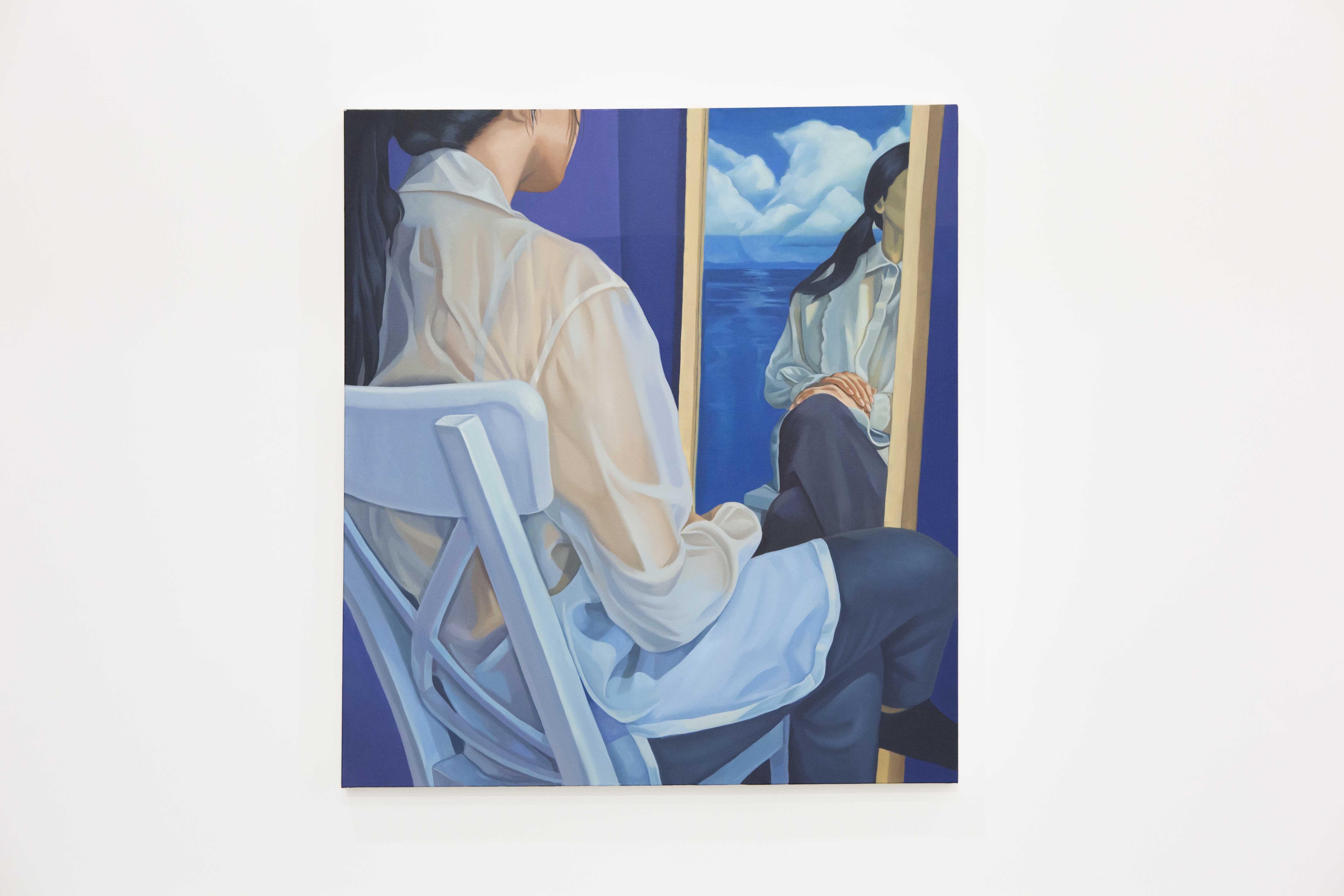 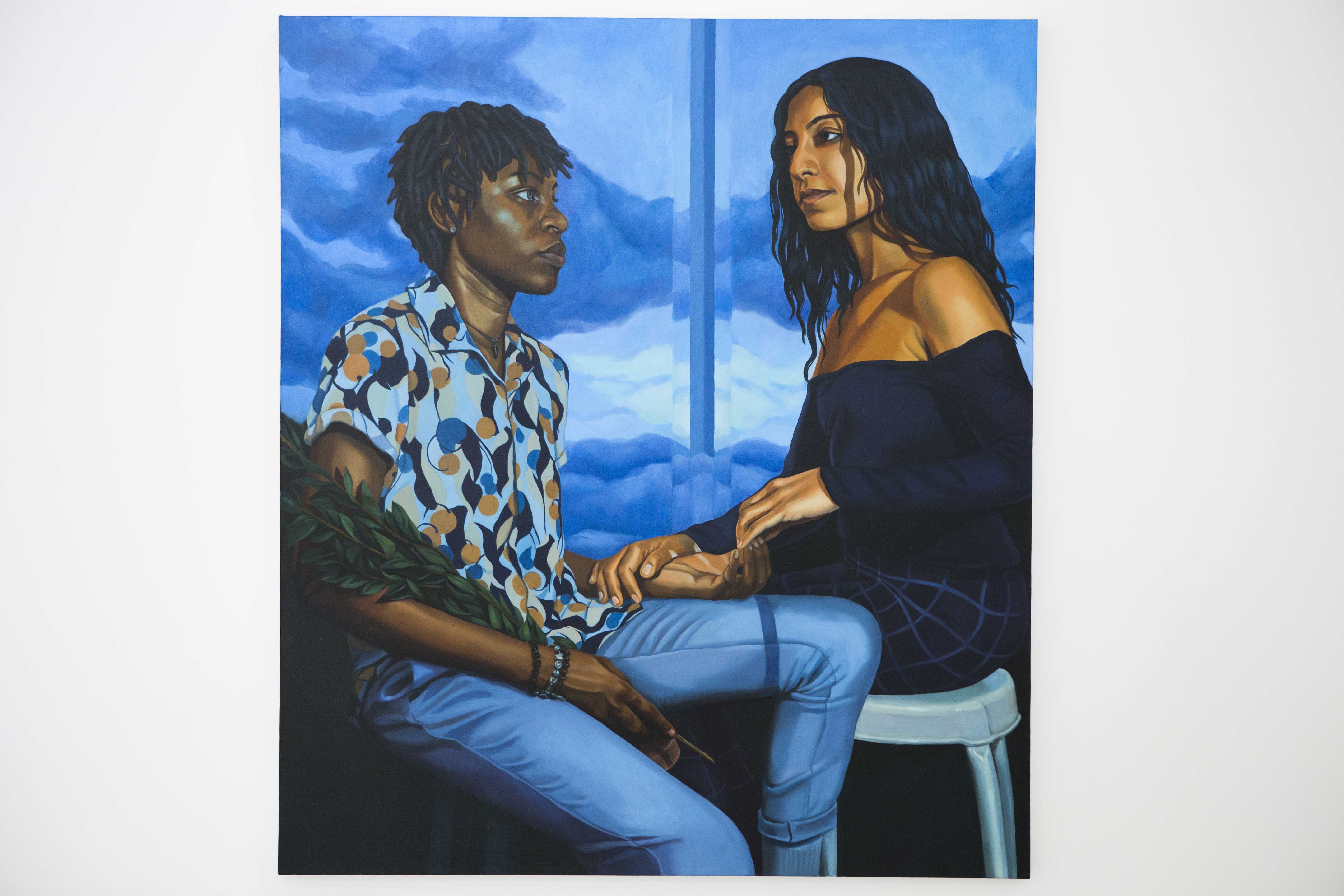 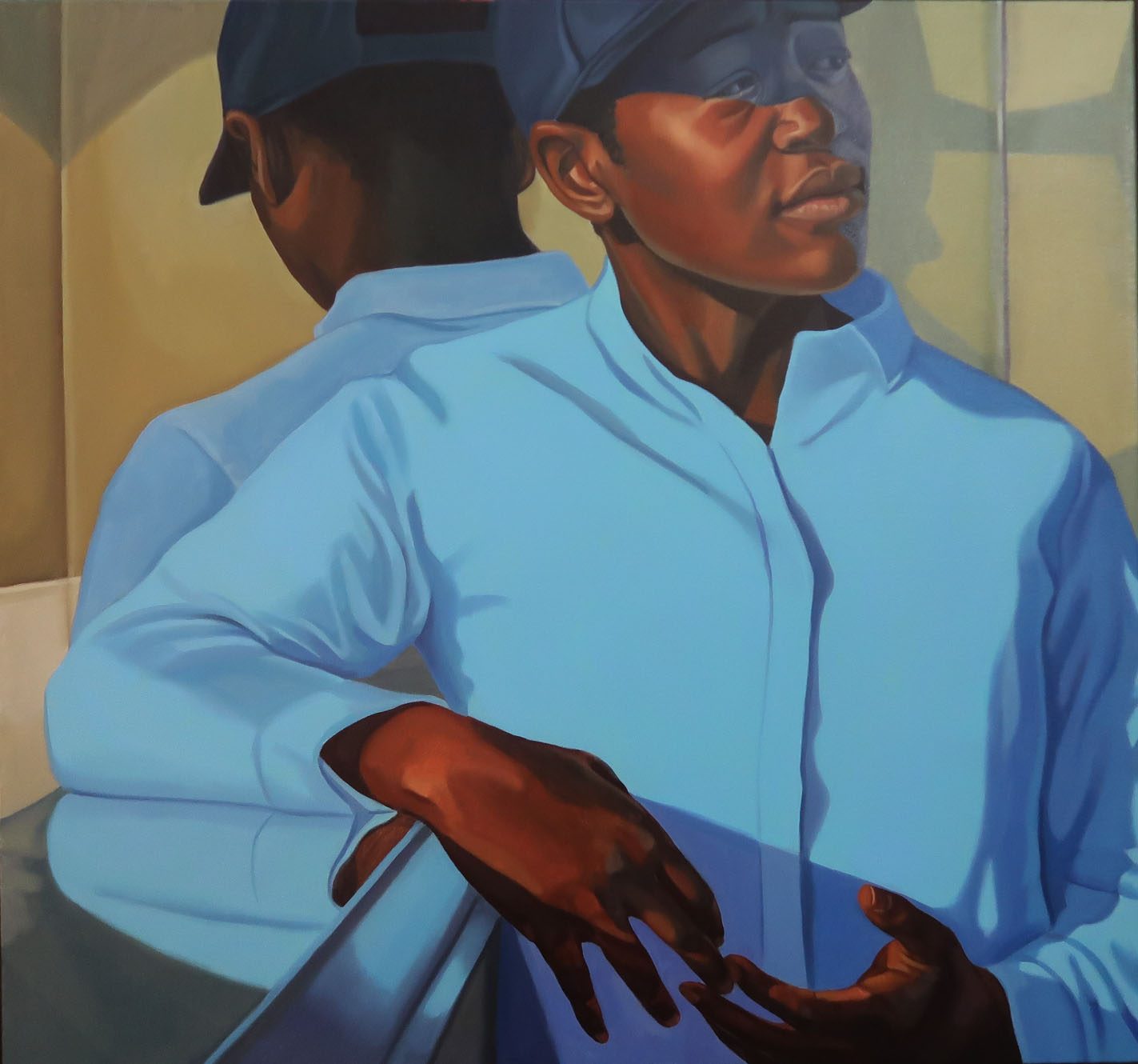